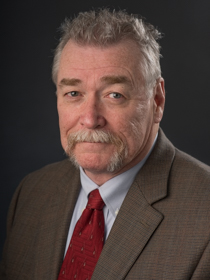 In his journalism career, Mr. Haddigan reported for the Associated Press in Bangkok and Pittsburgh; The Washington Post; the Boston Globe; the Baltimore Sun; the Dallas Morning News; The News and Observer in Raleigh, N.C.; the Arkansas Gazette, and the Arkansas Times.

Other reports appeared on ABCNews.com and Salon.com and in the Columbia Journalism Review and Nieman Reports at Harvard University.
An essay on Arkansas landscape changes was included in “A Rough Sort of Beauty,” an anthology of Arkansas environmental writing, University of Arkansas Press, Fall 2002.

He also served as Director of Research and Communications at Heifer International where he managed the quarterly World Ark magazine and led a team of 10 writers, graphic artists and others in planning and producing collateral for Heifer's communications, education and fundraising efforts.

Covered closing of the last Killing Fields-era Cambodian refugee camps in Thailand, May 1993.

Conducted oral history interviews for the University of Arkansas Center for Oral and Visual History project on the Arkansas Gazette, 2000-2007.

Conducted research in Ecuador for an elementary school curriculum on the ecology of the Andean high grasslands for Heifer International, Feb., 2003.

​Edited “One World, One Family,” a photo book about Heifer’s global work to end poverty and hunger, led the Heifer International team awarded the American Advertising Federation's first International Gold Addy for the book in May 2004.

Led the team that planned and installed a Heifer International photo exhibit at U.N. Headquarters in New York, Oct. 2004.