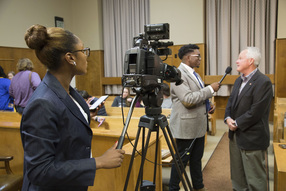 Election night coverage as real as it gets for student journalists
​UCA Journalism students turned out for all-hands-on-deck 2016 election night coverage that went late into the night.
Reporting for print, television, social media, the Web and digital live cast, students fanned out across campus and across Conway filing stories from polling places, the Faulkner County Courthouse, Democratic and Republican watch parties.
The Stanley Russ Hall newsroom served as the pizza-fueled nerve center for coverage directed and conducted by students and advised by faculty. Students got a taste for the difficult front-end planning, the efficient deployment of reporters and equipment and the often catch-as-catch-can coordination required in fielding, producing and presenting stories on tight deadlines.
​Check out the Election Night Photo Gallery below for a closer look. 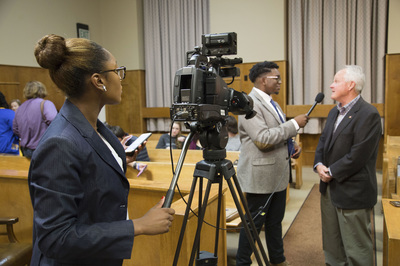 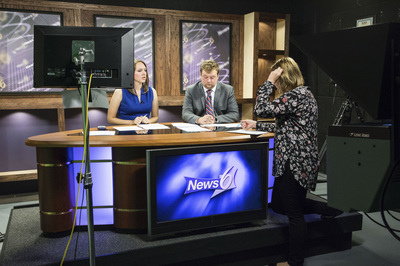 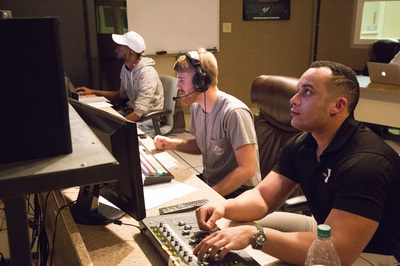 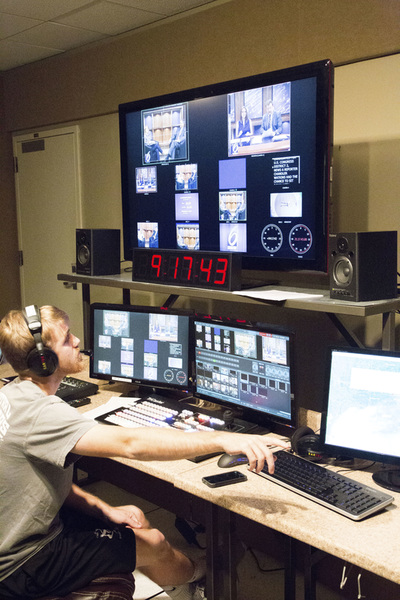 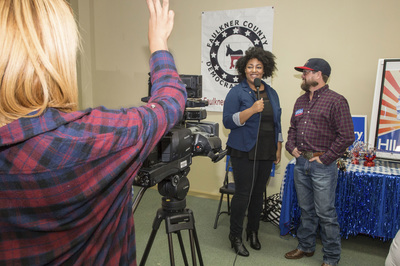 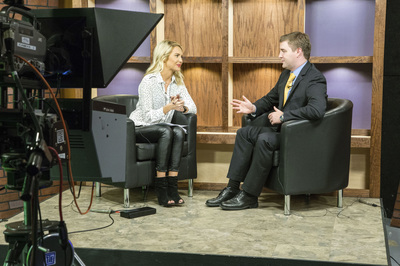 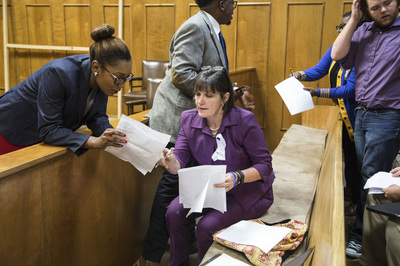 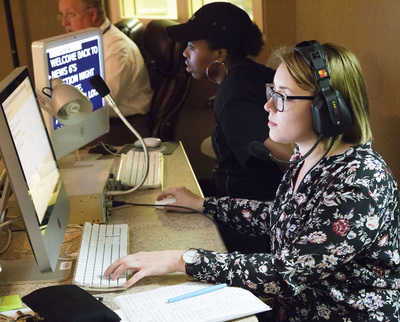 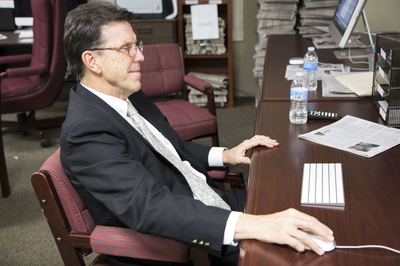 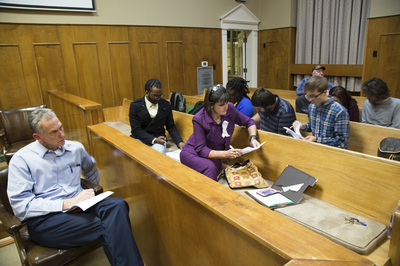 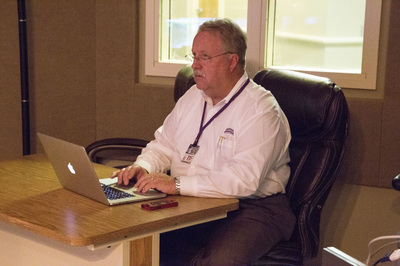 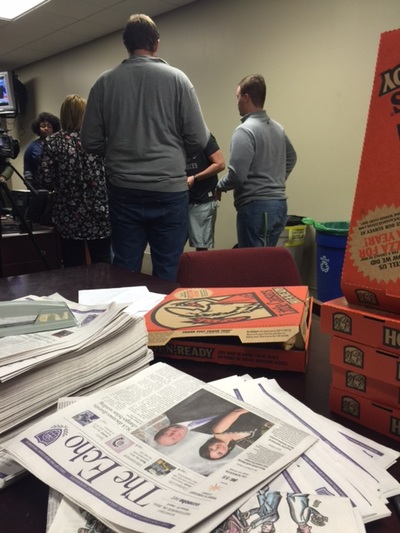 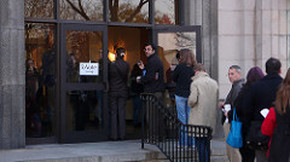 Journalism students to cover November 8 elections
UCA Journalism students will be among the reporters at the Faulkner County Courthouse November 8 as they scramble to gather returns from the 2016 elections.
Student staffers of the The Echo newspaper, News6, David Keith’s Political Reporting class and Donna Stephens’ Advanced Reporting class will do live election coverage.
News6 coverage will air on Conway Corporation Channel 6 and stream at  http://www.ustream.tv/channel/uca-s-channel-6-live. Coverage will begin will begin at 7 p.m. and end around 11:30 p.m.
Anchors will be live in the studio reading the final poll numbers. Three teams of reporters will provide live coverage at the courthouse and at the local Republican and Democratic headquarters. 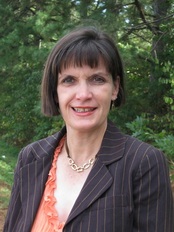 Journalism professor named to Hall of Fame
Dr. Donna  Stephens, associate professor of Journalism at the University of Central Arkansas, was inducted on July 9 into the 10th class of the Arkansas Sportscasters/Sportswriters Hall of Fame.
Dr. Stephens, a sportswriter in Arkansas since 1984.
​
“I am humbled and honored to join a group that includes many of the icons of Arkansas sports writing,” Stephens said. “I grew up reading Orville Henry, Jim Bailey, Wadie Moore and Joe Mosby in the Arkansas Gazette and Harry King with the Associated Press. To be listed along with them is one of the highest honors of my life.”

Stephens was a sportswriter for the Gazette from 1984 until the newspaper died on Oct. 18, 1991. Since then, she has been a freelance writer for numerous Arkansas publications. She produced the documentary films “The Old Gray Lady: Arkansas’s First Newspaper” (2006), which tells the history of the Arkansas Gazette; and “The Crisis Mr. Faubus Made: The Role of the Arkansas Gazette in the Central High Crisis” (2010).

​Her dissertation from the University of Southern Mississippi, “’If It Ain’t Broke, Break It’: How Corporate Journalism Killed the Arkansas Gazette” won an honorable mention in the American Journalism Historians Association’s 2013 Margaret A. Blanchard Dissertation Prize contest and was published by the University of Arkansas Press in 2015.
Proudly powered by Weebly